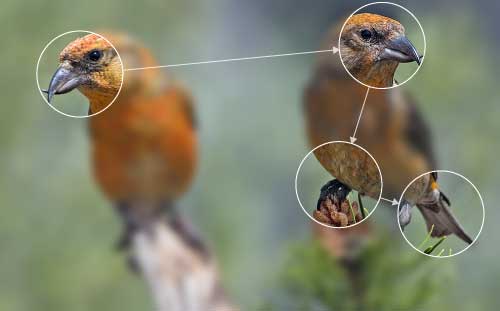 Our perception is of a seamless visual world, but in reality a sharp image is available only at the very centre of gaze. Accurately planned eye movements are vital to explore our visual environment.

In order to interact with the world, your brain must construct and sustain its own internal representations of it. Our aim is to understand the nature of these representations and the computations performed on them to achieve behavioural goals. In the lab, we use visual psychophysics and memory tasks, eye and limb movement recordings, mathematical models and computer simulations. We also collaborate with researchers using brain imaging, recording and stimulation, and with neuropsychologists who study cognitive aging, mental illness and neurological disorders.

One focus of the lab is on visual working memory. Our ability to recall details of what we have just seen is remarkably limited: rather than a fixed capacity on how many objects we can remember, our work shows that the limit is on the resolution with which visual information can be maintained. Visual memory acts like a resource that can be allocated to important information in our environment: we investigate how this resource is distributed between features of the visual scene and the ways in which this affects our perception, decisions and actions. In everyday life, we shift our gaze several times per second in order to extract detailed information from the world around us. These movements represent a simple case of exploration and decision-making behaviour. A second focus of our research is to understand the processes that decide when and where our visual attention is directed.

In the brain, information about our environment and our planned actions is encoded in the spiking activity of neurons. We develop models based on neural coding principles to identify mechanisms that are compatible with human perception and behaviour. We also have long-standing interests in sensory prediction and motor learning. 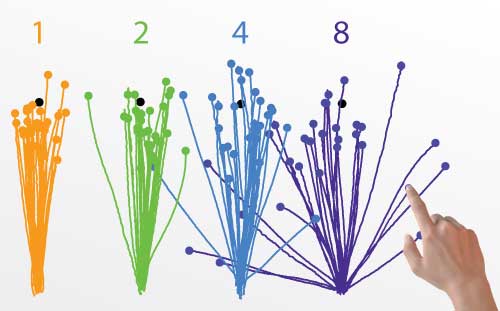 Reaching movements to a remembered target. Increasing the number of locations held in memory at one time (from left to right; other targets not shown) results in increasing variability in recall.
News from @BaysLab
View @BaysLab on Twitter